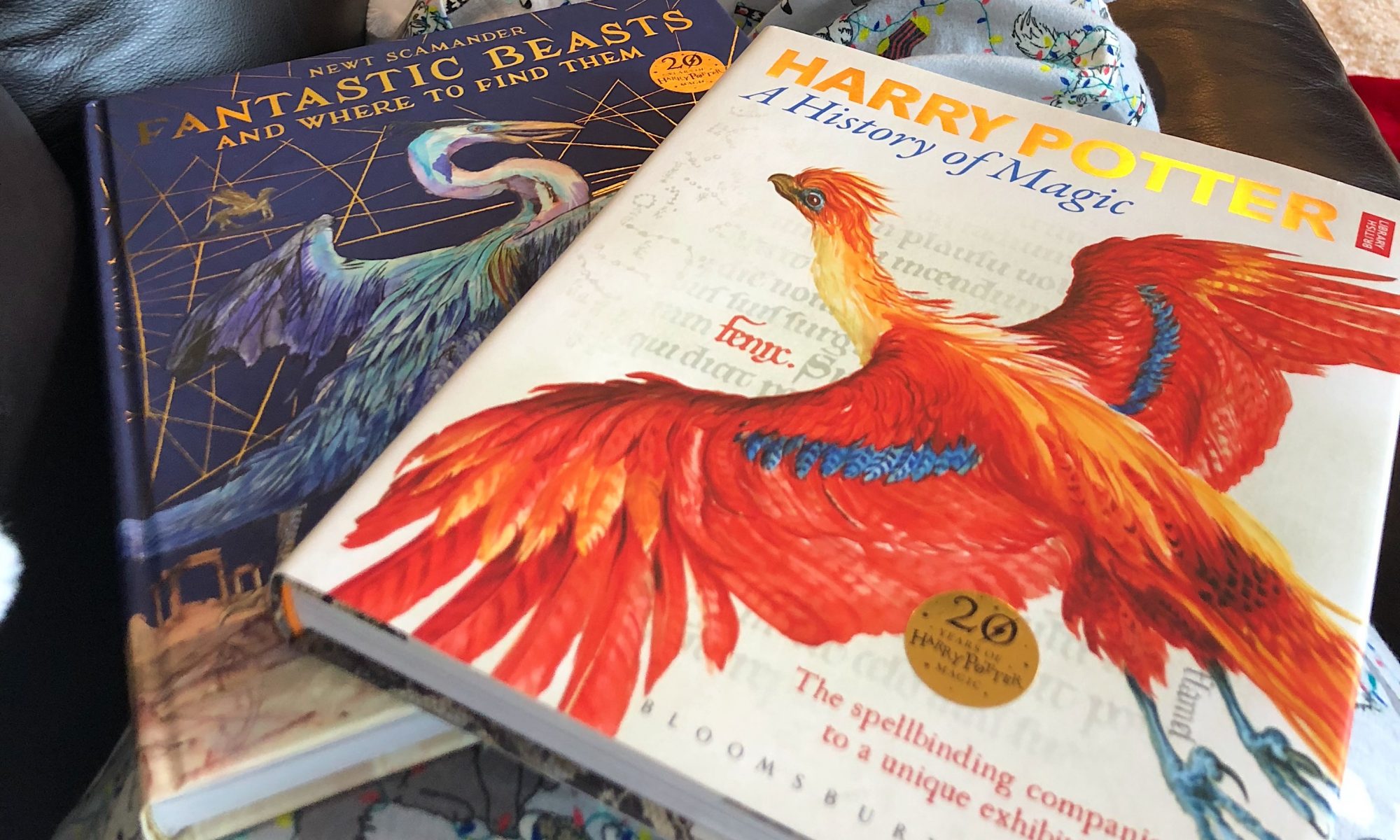 Two reviews in one with this post! The first is of Harry Potter: A History of Magic,  put together by the British Library to accompany their exhibition of the same name. The second is of the new illustrated and updated edition of Fantastic Beasts and Where to Find Them by Newt Scamander, written by J. K. Rowling and illustrated by Olivia Lomenech Gill.

I essentially buy any book that comes out to do with Harry Potter. I even have multiple editions of the series itself. So, when this book came out, I knew I had to have it!

First, here’s the beautiful cover of Harry Potter: A History of Magic: 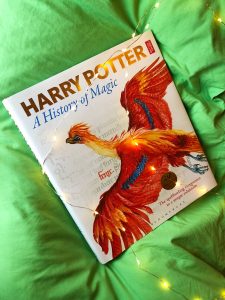 And here’s the synopsis from Amazon:

“Harry Potter: A History of Magic is the official book of the exhibition, a once-in-a-lifetime collaboration between Bloomsbury, J.K. Rowling and the brilliant curators of the British Library. It promises to take readers on a fascinating journey through the subjects studied at Hogwarts School of Witchcraft and Wizardry – from Alchemy and Potions classes through to Herbology and Care of Magical Creatures.

Each chapter showcases a treasure trove of artefacts from the British Library and other collections around the world, beside exclusive manuscripts, sketches and illustrations from the Harry Potter archive. There’s also a specially commissioned essay for each subject area by an expert, writer or cultural commentator, inspired by the contents of the exhibition – absorbing, insightful and unexpected contributions from Steve Backshall, the Reverend Richard Coles, Owen Davies, Julia Eccleshare, Roger Highfield, Steve Kloves, Lucy Mangan, Anna Pavord and Tim Peake, who offer a personal perspective on their magical theme.

Readers will be able to pore over ancient spell books, amazing illuminated scrolls that reveal the secret of the Elixir of Life, vials of dragon’s blood, mandrake roots, painted centaurs and a genuine witch’s broomstick, in a book that shows J.K. Rowling’s magical inventions alongside their cultural and historical forebears.

This is the ultimate gift for Harry Potter fans, curious minds, big imaginations, bibliophiles and readers around the world who missed out on the chance to see the exhibition in person.”

Finally, here’s my review of Harry Potter: A History of Magic!

Also, it was amazing to see the early drawings J. K. Rowling made of her characters (she’s pretty good at drawing!) and the early drafts and edits she shared of the series.

One of the things I didn’t like much about this book was that there was some repetition – first because I read the illustrated Fantastic Beasts and Where to Find Them a few days prior, and especially in the “Care of Magical Creatures” section, there are a lot of quotes from FB, and second because there is some overlap between the different sections of the book and they often say exactly the same thing twice, but in two different sections. I think this wouldn’t matter as much if you were reading it like a coffee table book, intermittently or in passing. However, reading it in the span of less than 24 hours made it a bit annoying.

I loved the way this book was structured. It has several sections. Each section is a subject at Hogwarts, such as Herbology or Defense Against the Dark Arts. Each section is then themed around the history of magic in that subject.

I also really loved the essays from experts that introduced each section. They were interesting and insightful. Even better, each writer was very creative and seemed to be a fan of the Harry Potter universe themselves.

Definitely an interesting read for people who love history or the Harry Potter universe, or both. The images and stories are enthralling, and the essays by different experts are very good. However, it is a bit repetitive.

Next, Fantastic Beasts and Where to Find Them!

I already have a copy of the original Fantastic Beasts and Where to Find Them, but I’m all over anything illustrated. Further, this edition has some new magical beasts in it that weren’t in the original edition. Newt Scamander’s introduction explains that. It even ties in with the recent Fantastic Beasts movie, which I think is awesome.

This is the cover of Fantastic Beasts and Where to Find Them (and also a sneak peek of something I’ll be sharing soon): 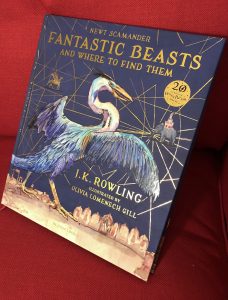 Here’s the synopsis from Amazon:

“This glorious new edition of Newt Scamander’s Fantastic Beasts and Where to Find Them (considered a classic throughout the wizarding world) features an extraordinary array of magical creatures, from Acromantula to Yeti via ten different breeds of dragon – all beautifully illustrated in full colour by the brilliantly inventive, Greenaway Medal shortlisted Olivia Lomenech Gill.

Famed Magizoologist Newt Scamander’s years of adventure and exploration have yielded a work of unparalleled importance, admired by scholars, devoured by young witches and wizards, and even made available to Muggles in the early years of this century. With this dazzling illustrated edition, readers can explore the magical fauna of five continents from the comfort of their own armchairs. Fantastic Beasts and Where to Find Them is essential reading at Hogwarts.

And finally, here’s my review of Fantastic Beasts and Where to Find Them!

The most obviously amazing aspect of this book is the illustrations. Olivia Lomenech Gill knocks it out of the park.

Listed alphabetically, this book describes the origins and characteristics of the fantastic magical beasts that make up the world of the Harry Potter books and Fantastic Beasts movies.

Even better, the book connects these magical creatures to real-world phenomena, such as Bigfoot and the Loch Ness Monster. Awesome.

The introduction by J. K. Rowling as Newt Scamander is surprisingly funny. Also, I loved how it tied in with the recent Fantastic Beasts movie. I love that the magic of the Harry Potter universe never dies. It seems to be constantly adapting and evolving. I am so happy that I will likely get to experience the expansion of this wonderful universe for many years to come.

This is magical book in terms of content, writing, and illustration. So, I highly recommend it for all ages and lovers of the Harry Potter universe.