Whiskey, Words, & a Shovel is a three-volume boxed-set of poetry books by R. H. Sin.

I love poetry. And I picked this up because someone I follow on Bookstagram posted a photo of one of the poems and I immediately fell in love. It didn’t hurt that over Boxing Week Indigo had a 50% off boxed sets sale. I love a bargain! 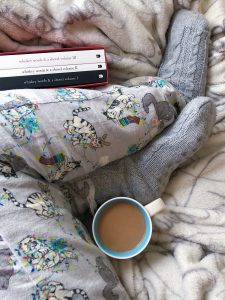 I love the design of the spines, but it bothers me that it’s black-white-white.

And here is the synopsis of Whiskey, Words, & a Shovel from Amazon:

“Whiskey, Words, and a Shovel, Vol. 1, is about reclaiming your power on the path to a healthy relationship. It is a testament to choosing to love yourself, even if it means heartbreak.”

Finally, here’s my review of Whiskey, Words, & a Shovel!

I’m going to have to do sort of separate reviews for a) volume I, and b) volumes II & III.

First up, volume I!

This was an absolutely beautiful collection of poems. Some were crushing, some uplifting. I tend to judge poetry based on how many gut checks/pangs/heart drops I feel, and this book was chock-full.

It’s clear that the author has had some very difficult experiences, and he doesn’t shy away from confronting them head on with his words. I loved it.

Favourite poems from this volume:

good book.
therapy by the books.
some suggestions.

Unfortunately, I didn’t think the other two volumes of Whiskey, Words, & a Shovel were as amazing as the first.

A lot of it felt very preachy, as if the author (a male) is trying to tell his readers (which he assumes are women) lessons. It kind of feels like in volume I, the poet is learning heartbreaking lessons through the writing of his poetry, whereas in volumes II & III, he’s learned the lessons but feels the need to impart them on everyone else. It feels contrived and far less heartfelt.

I would say 4 stars for volume I, and 2 for volumes II & III. Maybe just borrow the first volume from the library, because it is amazing and well worth a read. 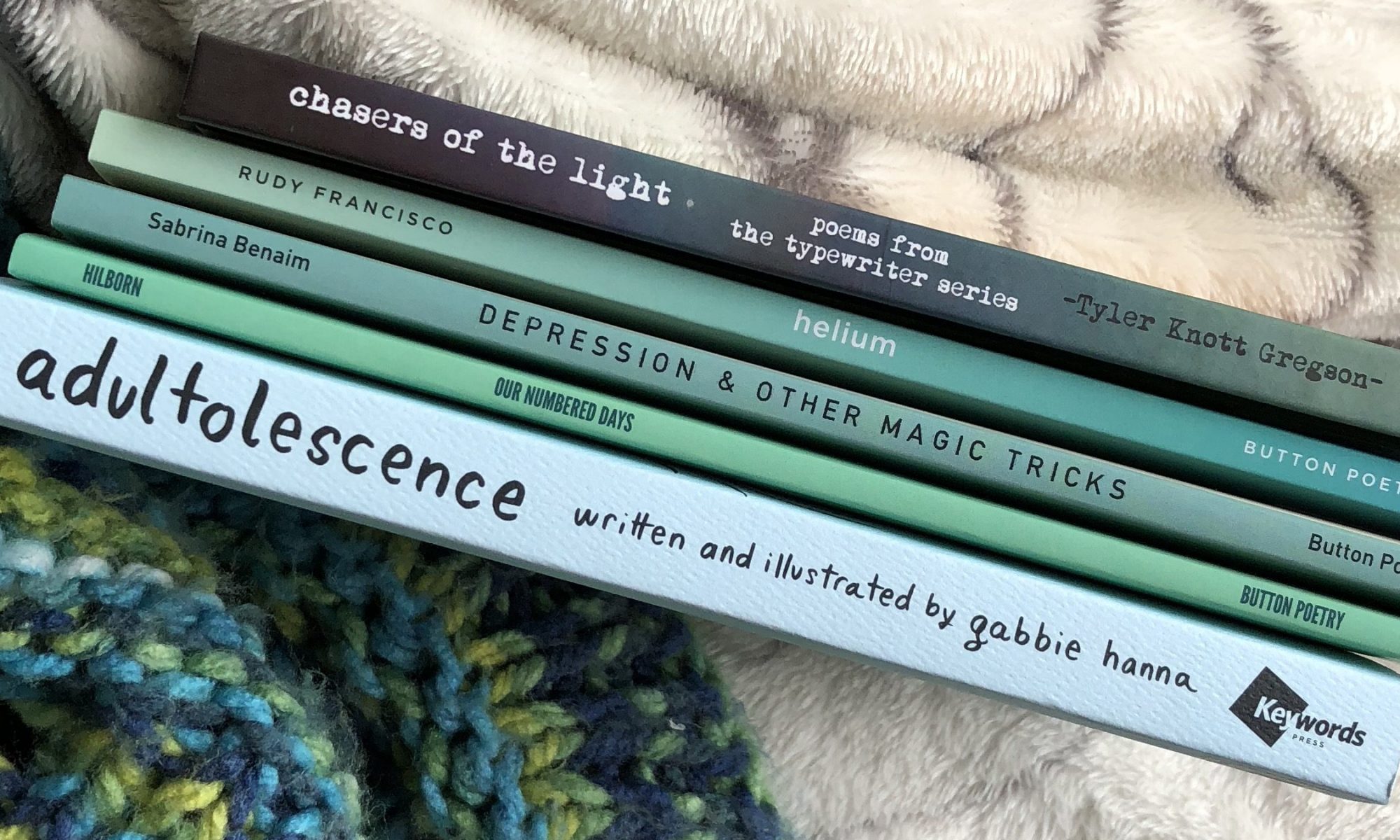 I ordered five poetry books from Indigo during their boxing week sale, and I just went on a binge and read them all in the span of four days.

The books, in the order that I read them, are:

Our Numbered Days, by Neil Hilborn
Helium, by Rudy Francisco
Chasers of the Light, by Tyler Knott Gregson
Depression & Other Magic Tricks, by Sabrina Benaim, and
Adultolesence, by Gabbie Hanna

I decided that since they are all fairly quick reads and I likely wouldn’t have enough to say to do a full post review for each, I would do a big post on all of them at once.

Without further ado, here we go with the poetry books! 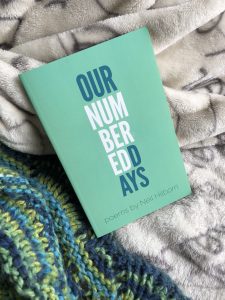 I first discovered Neil Hilborn on Facebook. One of my friends shared a video of him performing his poem, “OCD.” It is amazing, and is shared in several places. This book is sponsored by Button Poetry, which I think is where the performance I saw was originally shared from.

Unfortunately, I didn’t enjoy his book of poetry as much as I’d hoped to. In fact, “OCD” was my favourite poem in it. I fully acknowledge the possibility that his poetry is all meant to be spoken, and that reading it from a page does not do it justice. Alas, that’s what I did.

I did, however, like that his poetry had a lot of references to other writers. It was really interesting to see how he incorporated their work into his poetry, and made it his own,.

Overall, 3/5 stars. An interesting read, but not as soul-crushing or inspirational as watching him perform “OCD.” 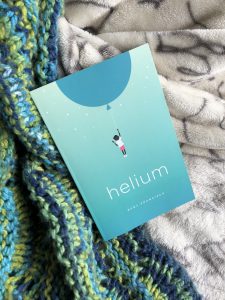 This was partly a cover buy, and I partly bought it because Indigo recommended it and I trust them.

Francisco writes killer metaphors. My favourite poem from this book is direct evidence of that.

I also really liked that his poems addressed topics such as the environment, race, and politics.

Third: Chasers of the Light, by Tyler Knott Gregson. 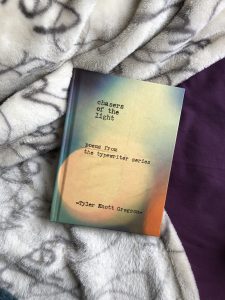 I had already read one of Gregson’s other poetry books, All the Words are Yours, before purchasing this one. I really enjoyed it, and this one was no different.

“If I died tonight
I think I
would like to come back
as your morning
coffee.
Just as strong
and just
as necessary.”

One thing I didn’t enjoy about this book was that it felt repetitive. However, he writes his poems on a typewriter on top of found paper and they are very visually interesting, which adds to the appeal of reading the poetry for me.

Fourth: Depression and Other Magic Tricks, by Sabrina Benaim 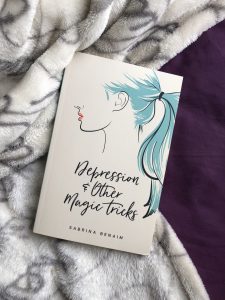 I really liked the way that Sabrina put a voice to her depression. It felt relatable in a way that mental illness doesn’t ways feel.

I did find that some of the poems were a bit meandering and not quite catching or impactful enough for my liking. 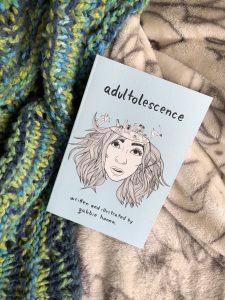 This book of poetry is hilarious. The “advice” poems running through it add a great thematic thread and are very funny. The drawings really add to the poetry. Also, each poem never feels too long or circuitous like some of the poems in a couple of the other books were.

At times it felt a little too Sesame Street, with its funny rhymes, but most of the time that aspect of it was humourous endearing.

Out of all the books, I’d say my favourite was Helium, closely followed by Adultolescence.