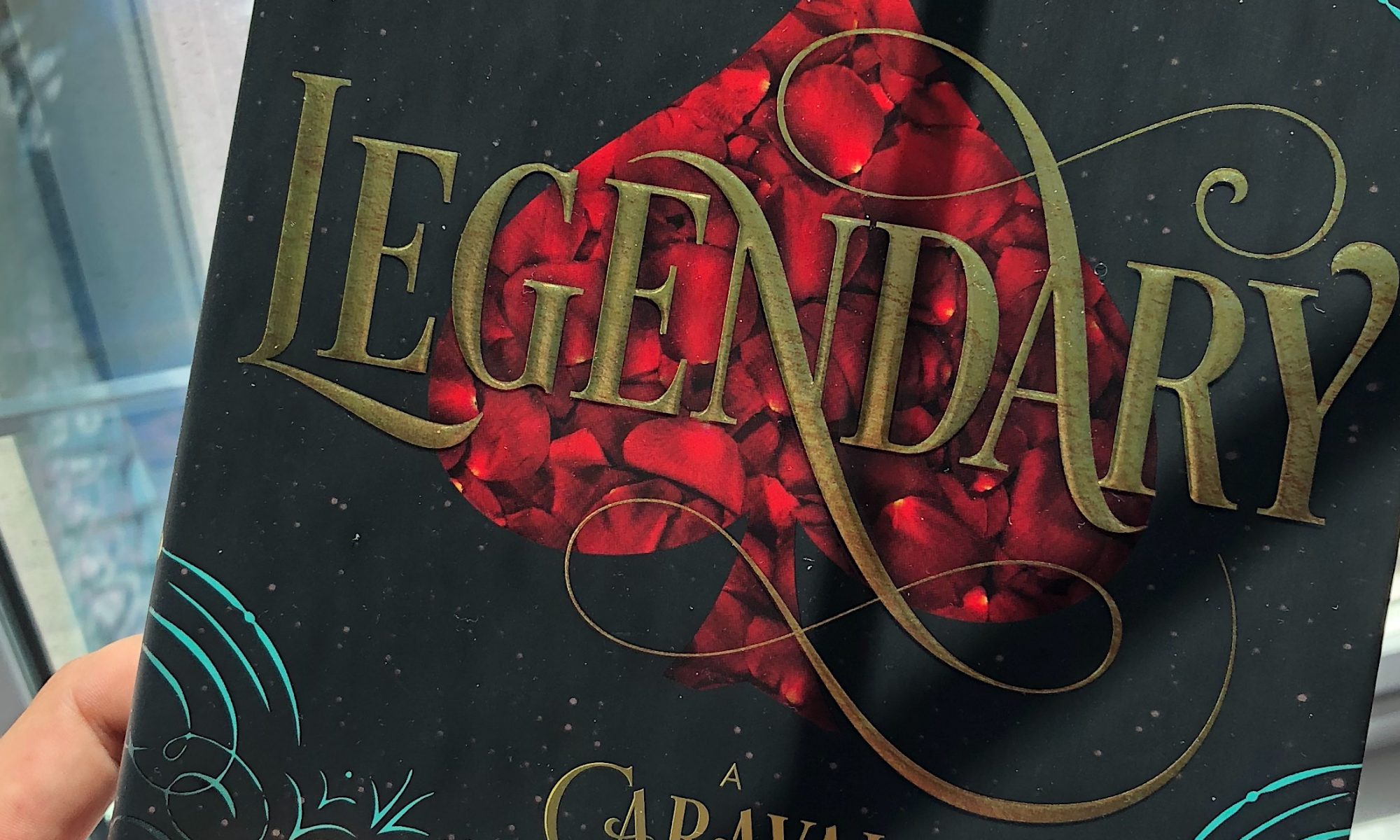 Caraval is the first book by writer Stephanie Garber.

Once again, Caraval was a cover buy for me (I’m sensing a trend). It was also a Bookstagram hype buy. Tons of people were talking about this book and how much they loved it. After I bought it, some people started saying they didn’t like it very much, so I went into reading it with a bit of hesitation, and I finished reading it with that same hesitation.

I won’t say more until I include the usual stuff!

Here’s the beautiful cover that made me want the book in the first place: 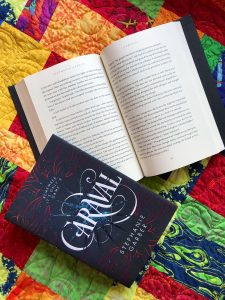 Here’s the book’s synopsis from Amazon:

“Welcome, welcome to Caraval―Stephanie Garber’s sweeping tale of two sisters who escape their ruthless father when they enter the dangerous intrigue of a legendary game.

Scarlett has never left the tiny island where she and her beloved sister, Tella, live with their powerful, and cruel, father. Now Scarlett’s father has arranged a marriage for her, and Scarlett thinks her dreams of seeing Caraval, the far-away, once-a-year performance where the audience participates in the show, are over.

But this year, Scarlett’s long-dreamt of invitation finally arrives. With the help of a mysterious sailor, Tella whisks Scarlett away to the show. Only, as soon as they arrive, Tella is kidnapped by Caraval’s mastermind organizer, Legend. It turns out that this season’s Caraval revolves around Tella, and whoever finds her first is the winner.

Scarlett has been told that everything that happens during Caraval is only an elaborate performance. But she nevertheless becomes enmeshed in a game of love, heartbreak, and magic with the other players in the game. And whether Caraval is real or not, she must find Tella before the five nights of the game are over, a dangerous domino effect of consequences is set off, and her sister disappears forever.”

And here’s my review of Caraval!

There were two feelings that sort of stuck with me almost the entire time I was reading Caraval. The first, scattered. The second, over dramatic.

The whole time I was reading, I felt distracted. Normally, when I really enjoy the book, after reading a few sentences, I am in it. Music playing? Can’t hear it. TV on? Not listening. Husband banging pots around in the kitchen? Don’t care. While reading Caraval, my eyes were constantly dancing across the pages, onto the next page, reading ahead, having to go back. And any little sound or distraction had me away from the book. It was strange.

I don’t think that it was because it wasn’t interesting. It still felt like I was reading a page-turner – I loved the suspense and read it really quickly because I was always wanting to know what would happen next. But as I was reading it felt like it wasn’t keeping my attention.

The other word, over dramatic, applies to the main character, Scarlett. She just seemed to overreact to almost everything, and it started to get annoying. Normally I like main characters despite their flaws, but I got tired of her after a while. It will be interesting to see if her character develops/improves in the next book.

It just wasn’t my favourite thing ever. Definitely a page-turner, even if I didn’t like some aspects of it. The concept is very interesting – a magical, mysterious game called Caraval, where the rules are constantly changing. I also liked the main storyline of two sisters trying to escape their unfair life circumstances. It just fell a little flat.

I really liked that I couldn’t tell who was telling the truth in this story. The narrator, the main character, Scarlett, is definitely reliable. However, two characters in particular, Julian and Legend, are extremely unreliable. As are the rest of the characters, actually.

It makes for a suspenseful romp in which you never really know who to trust. It’s also part of what makes Scarlett feel a bit over dramatic; her inability to trust anyone constantly overwhelms her.

Really interesting concept, but lacking in depth. I found it to be over dramatic, and not developed enough in some parts. I’m intrigued enough, however, to want to read the sequel. Legendary, the second book in the series, is scheduled to come out on May 28 of this year.